Put DVD to Galaxy S6 for viewing with Gear VR

The article shows an easy step-by-step guide on how to rip DVDs to 3D SBS MP4/MKV format so that you can view DVD movies in in Galaxy S6/S6 Edge with Gear VR Innovator Edition.

The Samsung Gear VR has plenty of potential, but it is limited by a sparse content store out of the box. The positive is that Samsung and Oculus have made it easy to import and watch your own movies in virtual cinema mode. If you want to put DVD movies to watch with Gear VR Innovator Edition in Galaxy S6 and S6 Edge on the go, but don't know what to do? Get the solution below that teaches you how to rip DVD to Samsung Galaxy S6/S6 Edge compatible videos so that you can enjoy your DVD movies in Gear VR Innovator Edition more conveniently. 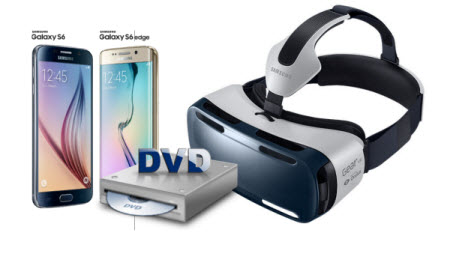 Insert the DVD disc into your DVD drive and launch the Gear VR Innovator Edition DVD ripper. Click "Load DVD" to select and import the DVD movies you want to rip. ISO and IFO files are also supported. 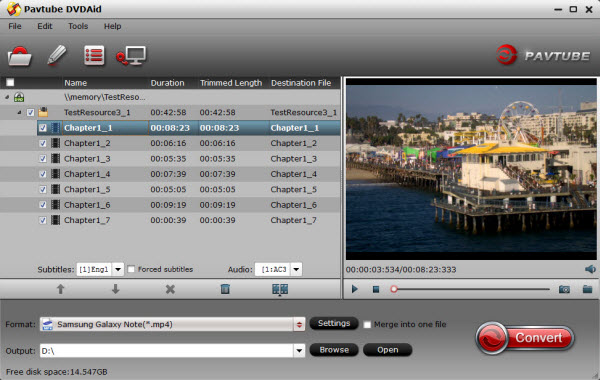 From the Format bar, find "3D Video" catalogue, you will find several presets for Side-by-Side 3D, Top-Bottom 3D and Anaglyph 3D. You can choose the one according to your device specification. SBS MP4/MKV is usually the recommended one which is perfect for Gear VR Innovator Edition. (ReadDifferences Between Anaglyph 3D and SBS 3D) 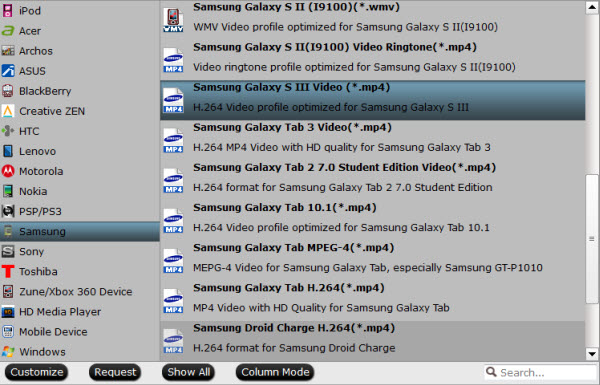 Now go to the last step: click "Convert" to begin ripping DVD to Gear VR Innovator Edition compatible MP4 video files. After the conversion, you can tap "Open" to locate the converted videos immediately. Then connect your S6 and S6 Edge to computer andtransferthe video files to your device for enjoyment on the go.

Import your movie files into the "My Videos" folder on your MicroSD card. then follow these steps:

1. On your MicroSD card file directory, navigate to Oculus > Movies > Your Movies

2. Create a new folder within "Your Movies" and label it "3D"

3. Import or move your side-by-side 3D videos into your newly created "3D" folder

Once you have created your 3D content folder and imported compatible video files, insert your MicroSD card into your Galaxy S6 (if it isn't already), dock the phone in your Gear VR Innovator Edition, and don the virtual reality headset. Then:

1. Navigate to Oculus Cinema from the main menu

2. Navigate to "My Videos" from the Oculus Cinema content library menu

3. Select the 3D video you wish to view (if you followed the above steps it should have a "3D" label in the upper right hand corner)